A Novel Defence Strategy, but will the Patent Values Decrease?

Nokia’s portfolio has grown in a number of ways, from “normal” filings to acquisitions such as Alcatel Lucent, and from joint ventures. This has led to a portfolio with many patents which are non-core for their own protection. Nokia offloaded some 4.5k patent families to Provenance Asset Group who are now setting up a novel defensive scheme with the IP. Companies can purchase licenses to use a patent for defensive purposes, with the license only covering them for use against a named target. This allows the patents to be licensed to a great many parties before conflicts arise. Anyone wishing to have this right to defense using the patent must pay either 100k/year for one use against one target or $500k/year if they want exclusive rights to any given “slice” of the portfolio.

This is another interesting use of patents, and a means of providing defensive cover without committing to a full purchase, and the subsequent maintenance, of a large number of patents. It could also be useful for someone wishing to rapidly counter-sue and aggressor as there is a chance they could close the deal quickly. However, the best assets could become very encumbered very quickly if the scheme is a success, which could reduce the value of the patents.

Will the IP Market Adopt the Technology?

Blockchain technology looks to be the real game changer to have emerged from Bitcoin, with many industries looking to find applications of the distributed ledger technology. This month, both IPWatchdog and Lexology have looked at how the tech could be applied to the IP market. The world of IP is well suited to blockchain as the chain of events could help track ownership of IP, which can be somewhat hard to track (a fact that is actively exploited by some NPEs with vast networks of shell companies). The tamper-proof records could allow a product to have the associated IP linked to it, to help pay licenses on a per-use basis if the plays are written to the chain in e.g. music streaming, or even for proof of ownership and date of creation record keeping purposes.

It is a novel approach and, if implemented, could produce a useful overhaul for the way IP records and contracts are managed. It is somewhat futuristic though, and for the time being it is more likely that blockchain will only make a dent in the IP market via filings related to its usage.

We at Clearview IP have had a hunt for the spookiest patent art we can find for you this Halloween. First up, we have this mask, to help you simulate a bleeding face, which seems to be rather disturbing. 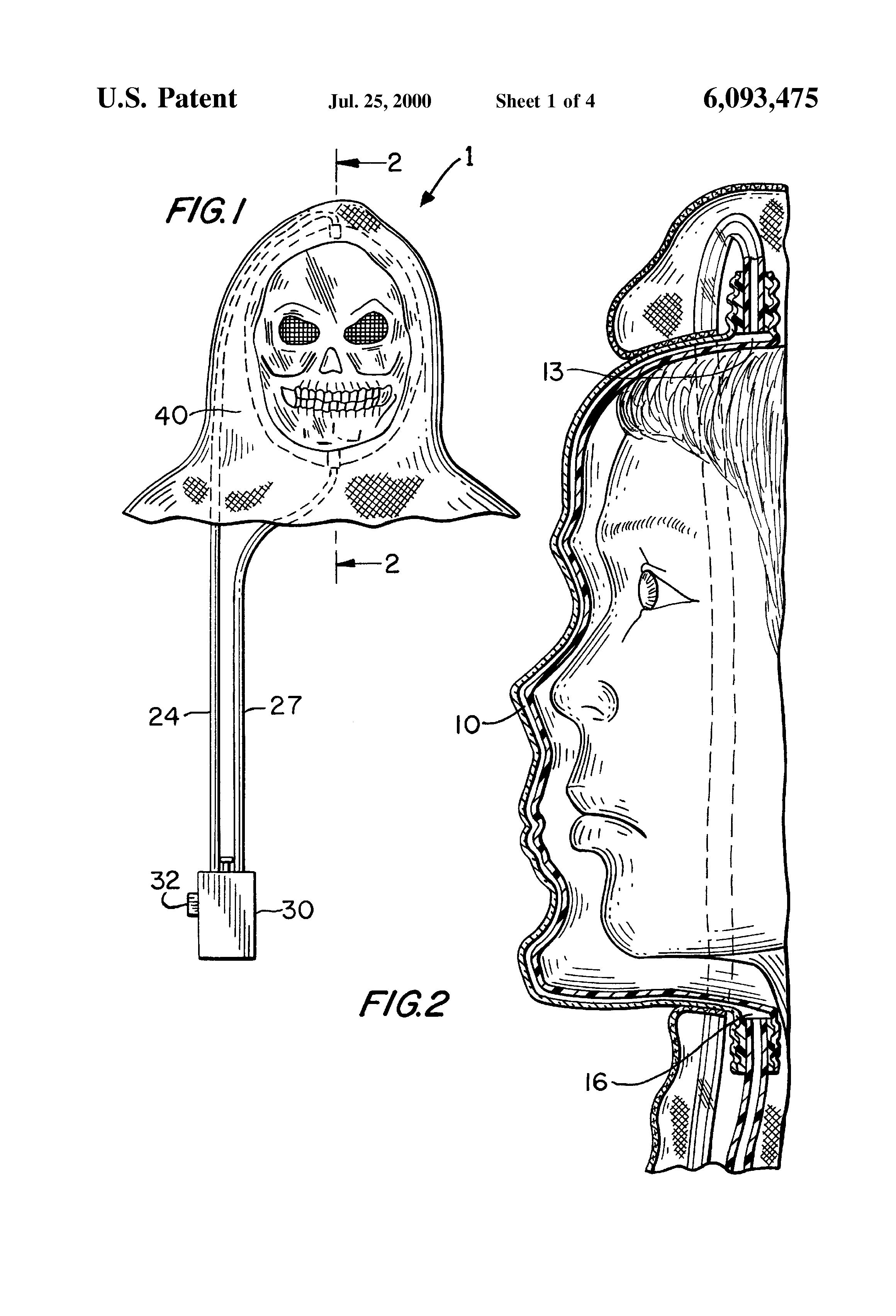 Next up we have a jack in the box with a realistic looking rubber figure that pops out, and the other diagrams even show him attached to motors for additional scariness. 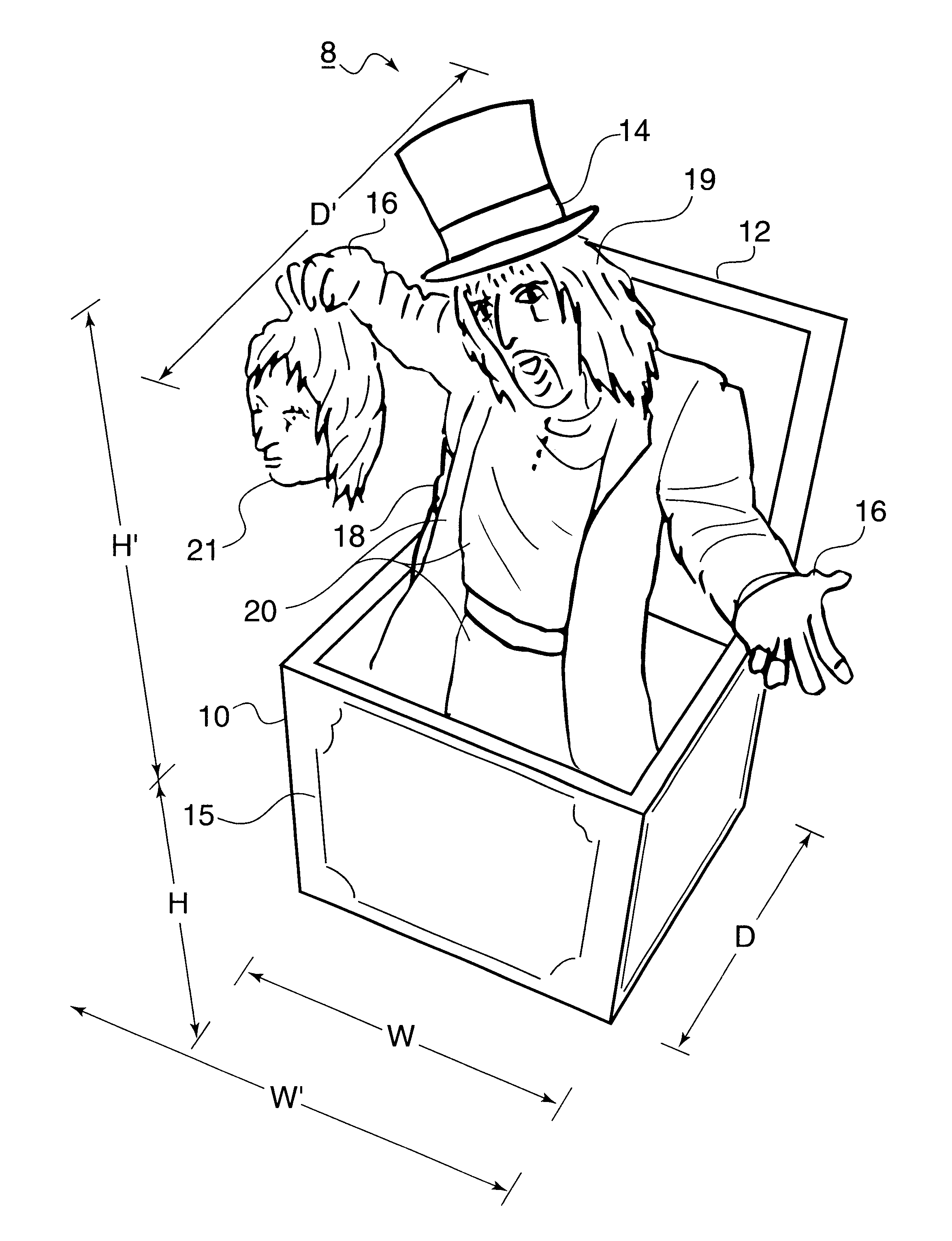 And finally, we have something that doesn’t look like it is intended to scare, but is certainly spooky, a Portable tomb for resurrection from mummified tissue DNA. If a portable tomb isn’t spooky then I don’t know what is. Happy Halloween! 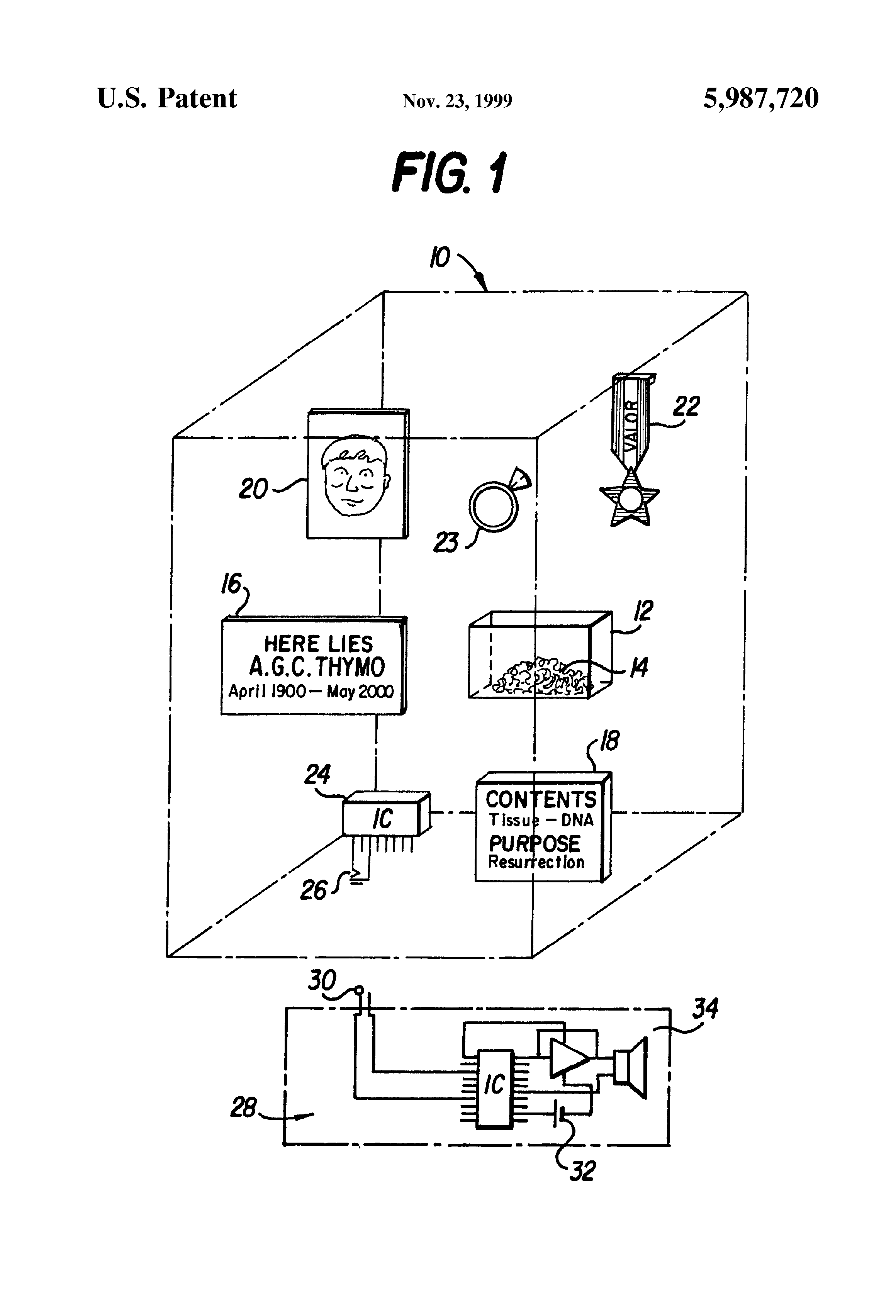